After many weekends spent working, I finally had a day off on last Saturday. Hence, we decided to visit some touristy places in London.

It looked bright and sunny on that day, so I left the house without bringing a coat and met Alex who was already at the train station. Alex told me that was dumb. Luckily I went back to grab a cardigan, or else I would be freezing for the whole day. (Lesson: Never predict the UK weather by looking at the sky.)

Our first stop was the British Museum. The spacious (roofed) courtyard was magnificent especially when the sun shone brightly and the shadows of the iron frame was cast against the walls. 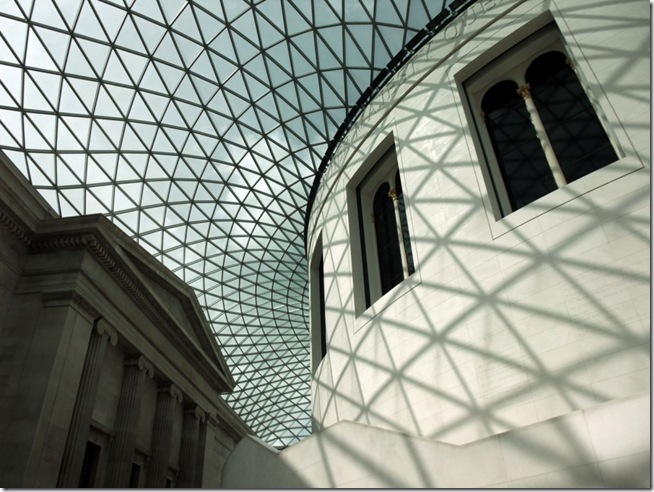 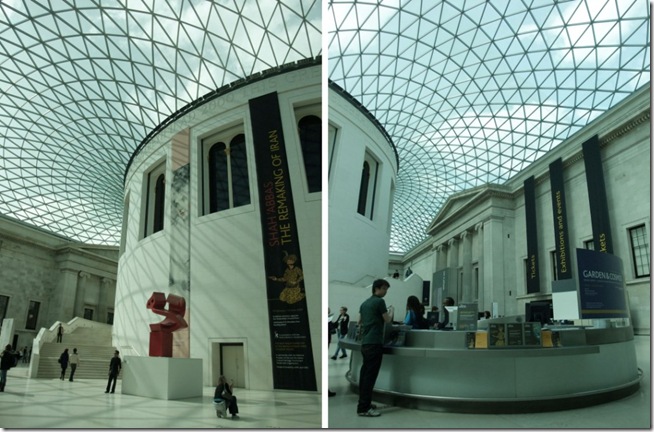 There were SO many tourists

on the beautiful day, and there were SO many collections in the galleries that we only managed to cover a few sections. 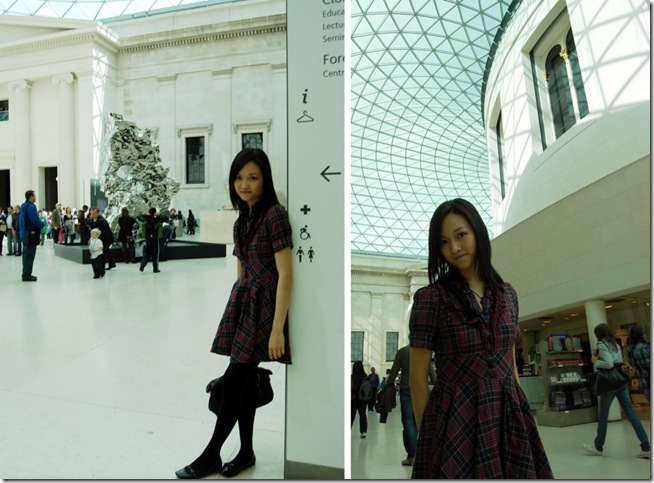 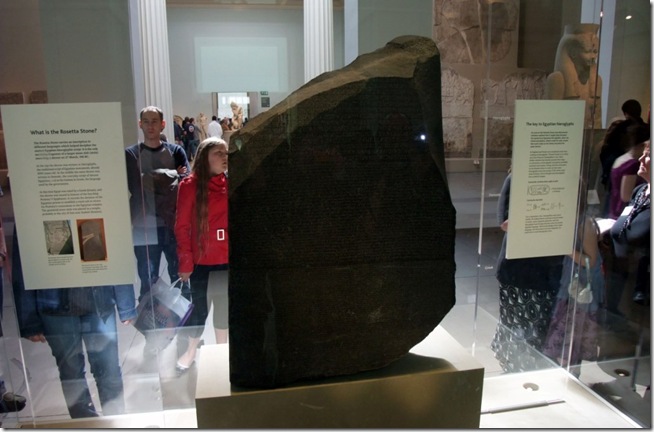 Rosetta Stone – remember we learned about it in history class? 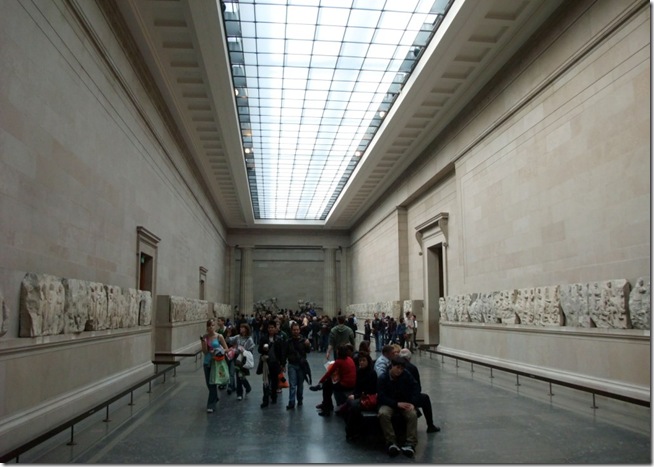 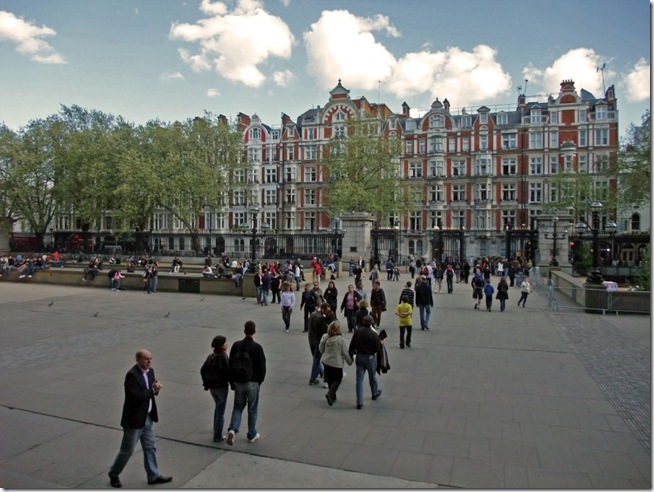 We then went to Dover Street Market in Mayfair. I have vaguely known that Mayfair was an expensive piece of real estate from playing Monopoly, but I only “realised” it at that moment when I saw all the luxurious cars parked by the roadside and the classy-looking establishments… It was also really cool to know that we have also been to other places marked on the board like Regent Street, Bond Street, Trafalgar Square, Piccadilly and King’s Cross Station.

Dover Street Market is not an actual market, but a high-end boutique designed around the concept of an open-air market. All the staff looked extremely chic and stylish. However, the items in the store were also grossly expensive, though a lot of effort could be seen in each design -they were all so creative and artistic. 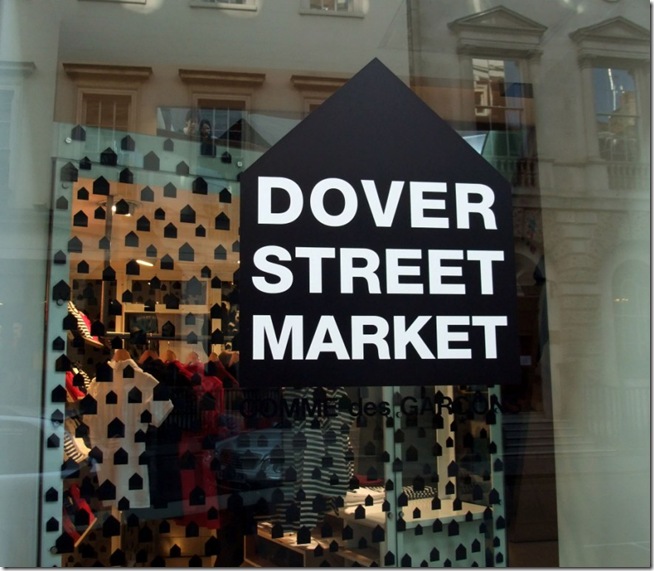 I didn’t take any photos inside because everyone seemed so stern. 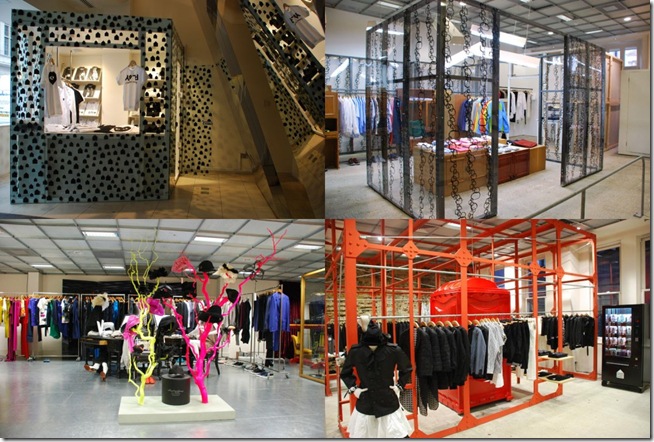 After that it was still too early to go home. We walked through a few arcades selling more high end stuff and also through Piccadilly. 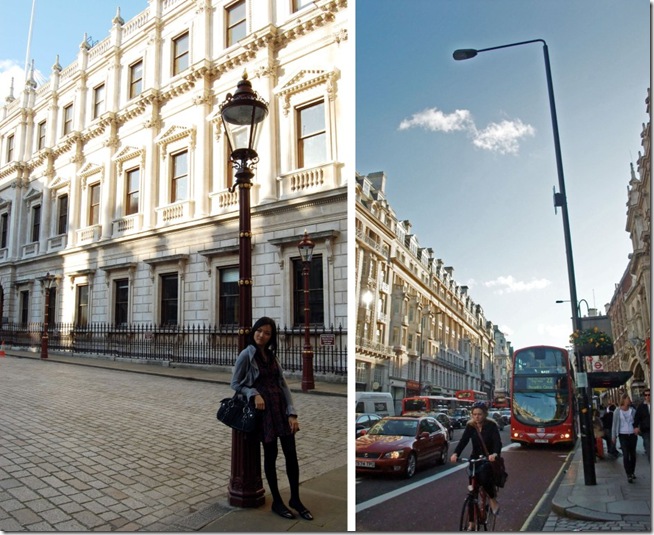 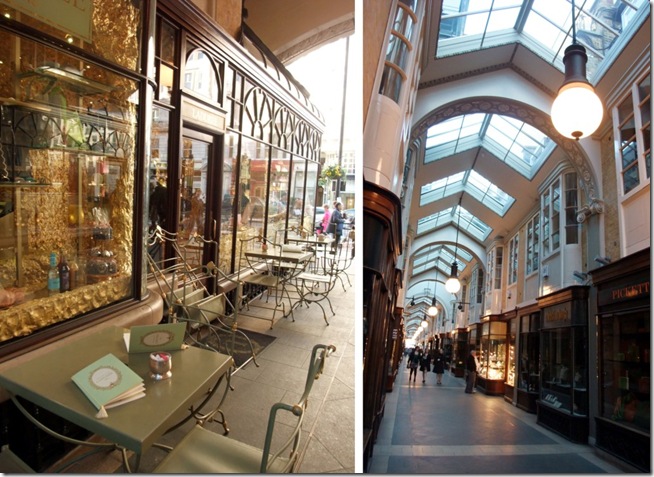 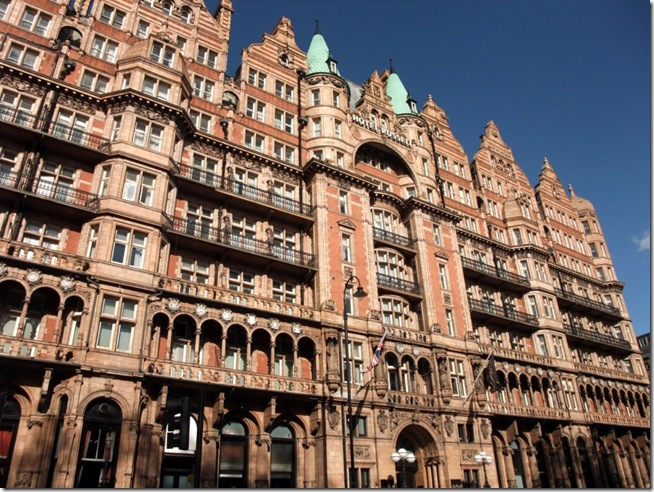 On that day, Damus and Angel were in London. Nicholas and Pui San tried to contact us for a possible dinner during that day with them, but the three mobile phones we had with us were ALL out of battery.

So, that’s our touristy day in London.

One thought on “Finally a Saturday off”