Written 20 days ago:
Three years ago, a friend told me, ”Nah, it barely snowed in the UK. Probably just for a few days throughout the whole winter.” The temperature in Glasgow when I arrived three years ago was not lower than -4 in January, the coldest month of the year.
Only in November of this year, it started snowing few days continuously. November is not even considered as winter! Last year was bad, but this year is worse. I’ve never seen the city centre with so much snow.  While experiencing snow was such a wonderful experience for me who grew up in a tropical country, it was still not fun during the after snow moments. By the end of snowing period, most pavements were very slippery as if walking on ice rinks. The architecture department of my university is located on the hill, and it was tremendously difficult to walk up. I took the lift.
One Sunday, Alex and his groupmates travelled to a place not too far from Glasgow to film some videos for an assignment. He described that the snow knee-high in that area. The university was closed for few days (The best moment!). Some classmates who went to the university before it was closed, were stucked in the motorways for 6-10 hours on their way home. Some were snowed in.  Many buses and trains stopped their services. Some took hours and hours to reach home. UK, as usual was just not prepared for this snow, especially for such an early white winter.
So, that was the ‘amazing’ December winter experience for my last winter here. It was just like the scene in movie, ”The Day After Tomorrow”. The city in white was much quieter. 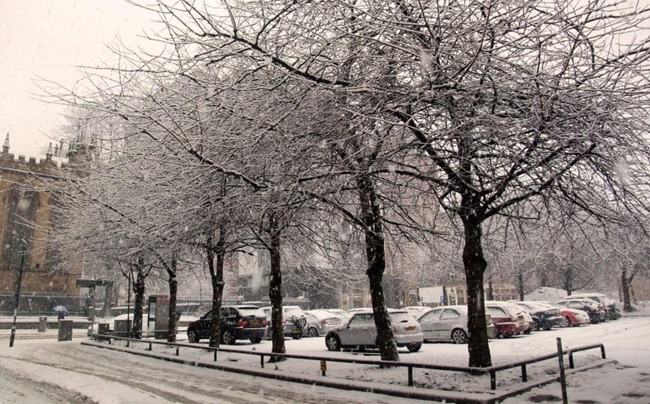 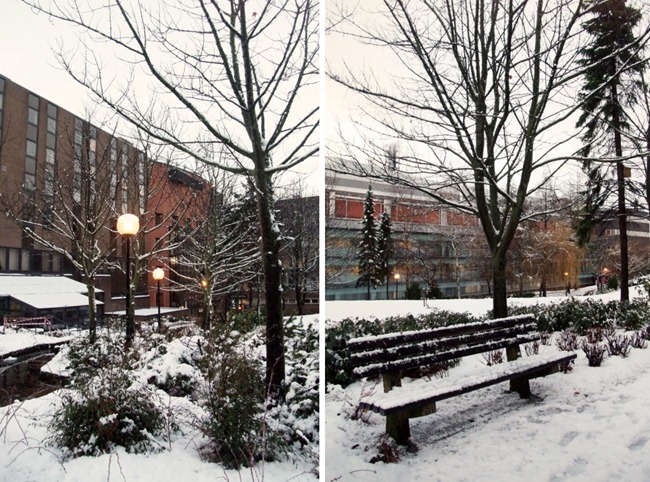 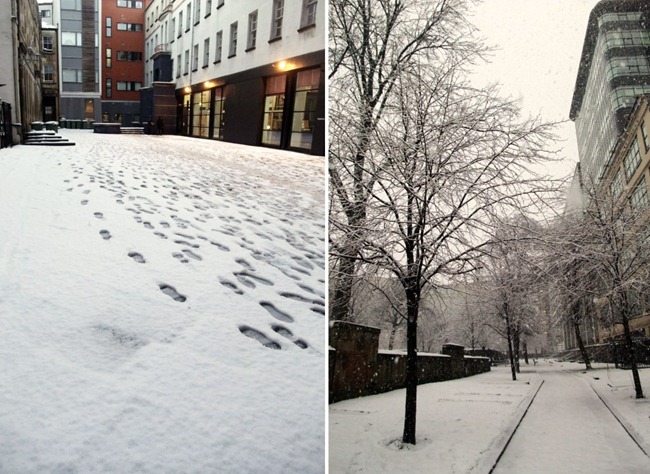