We went on a day trip to Pompeii from Naples. Alex was very excited to go there. Me too(supposedly). Pompeii was a town covered in volcanic ash nearly two thousand years ago when Mt Vesuvius erupted and the ruins was discovered about two and half centuries ago. The city remains were still well preserved under the ashes and this is the place where historians were able to learn a lot about ancient Roman life.

From Alex’s briefing, I imagined the city to be almost exactly with what it used to be, but  it wasn’t the case. The layout of the city was preserved, and the stretch of horse carts marks could be clearly seen on the cobbled streets. The murals, too, that lasted nearly two thousand years. From my imagination, I expected the furniture and roofs to stay there too, but that was clearly over-imagination. What I didn’t expect was, however a few bodies who were buried alive during the eruption. Their last postures, in attempting to escape or hide, and their scared emotions were preserved. (and cast in plaster for tourists to gawk at).

The buried Roman town-city was anyhow very hot and very dusty. No trees to be seen for miles around except for a few in the courtyards of ancient Roman villas. There weren’t much shade and I wore a hat that could not cover my face.

Alex said Herculaneum, another city nearby which shared the same fate, is far better preserved but also much smaller. Not having much time, Alex said we could either make another day trip to Herculaneum, or to Capri. Easy choice!! 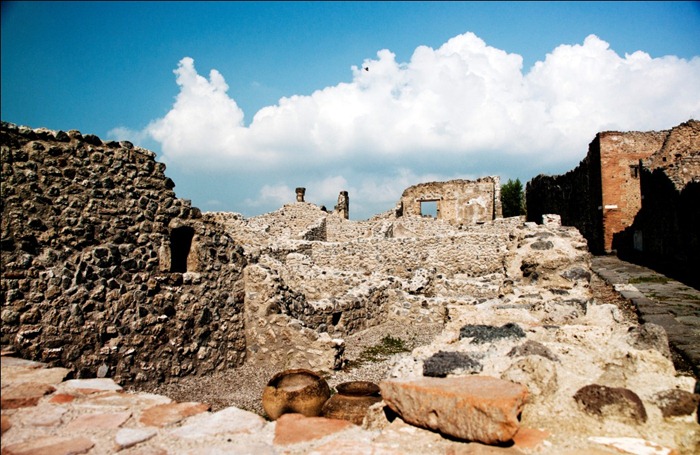 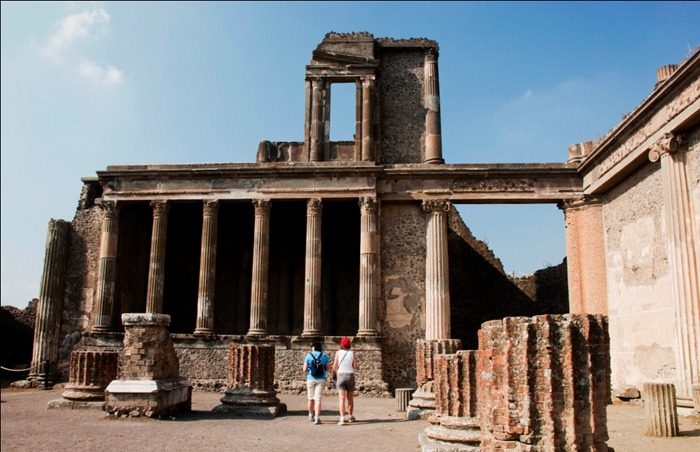 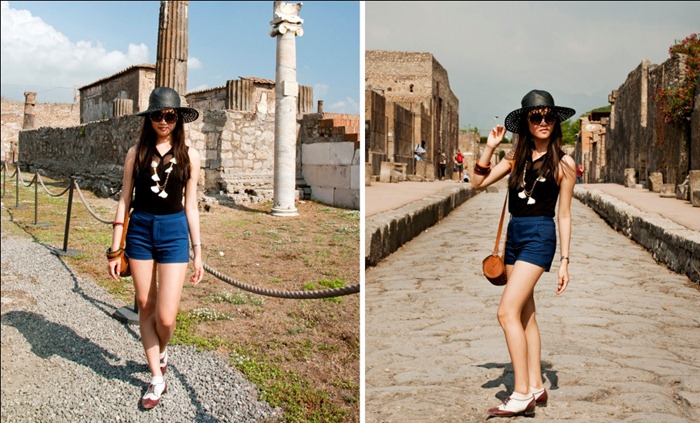 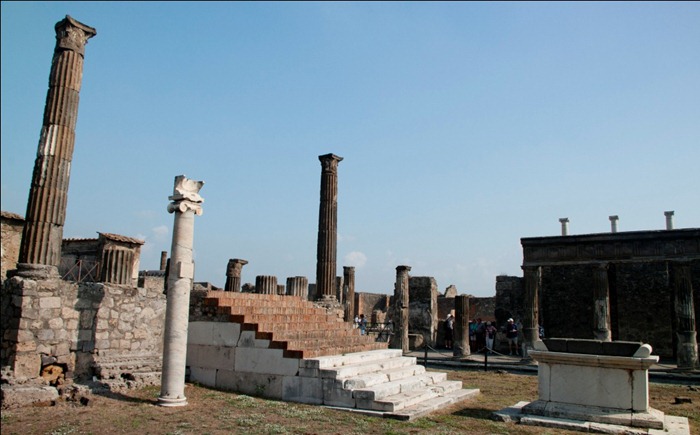 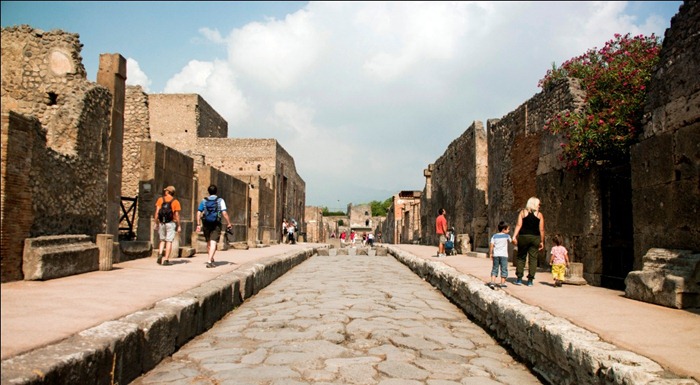 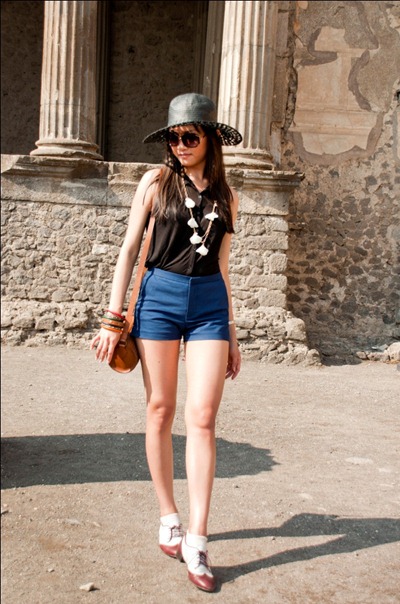